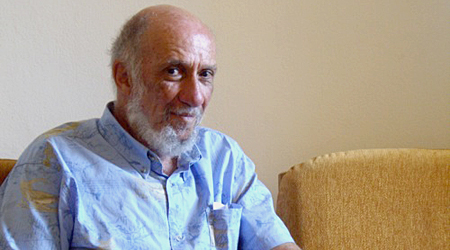 Richard Falk is Albert G. Milbank Professor of International Law Emeritus at Princeton University where he was a member of the faculty for forty years (1961-2001). Since 2002 he has been associated with Global & International Studies at the Santa Barbara campus of the University of California where he is currently Research Professor.

He directs a project on ‘Climate Change, Human Security and Democracy’ under the auspices of the Orfalea Center of Global & International Studies on behalf of the Moulay Hicham Foundation. He recently served as a member of the Turkish delegation to the UN Climate Change Conference in Cancun, Mexico.

Professor Falk has been the Special Rapporteur on Occupied Palestine for the United Nations Human Rights Council since 2008. He is also Chair of the Board, Nuclear Age Peace Foundation. In 2008-2009 he served as an expert advisor to the President of the UN General Assembly. He serves on the editorial boards of The Nation and The Progressive magazines, is an Honorary Editor of the American Journal of International Law, and a member of the international advisory editorial boards of Third World Quarterly and Globalizations.

Over the years, Falk has published many books, including Legal Order in a Violent World (1968); This Endangered Planet: Prospects and Proposals for Human Survival (1971); A Study of Future Worlds (1975); Predatory Globalization: A Critique (1999); Religion and Humane Global Governance (2001). His most recent book is Achieving Human Rights (2009); an edited volume entitled Legality and Legitimacy in World Affairs is scheduled for publication in 2011.