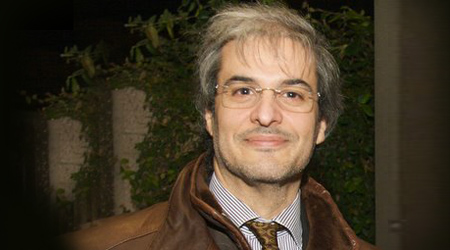 Hicham Alaoui grew up in Rabat, the capital of Morocco. He pursued undergraduate education at Princeton University and graduate studies at Stanford University.

At Princeton University, Hicham Alaoui endowed the Institute for the Trans-regional Study of the Contemporary Middle East, North Africa, and Central Asia. Through the Moulay Hicham Foundation (now the Hicham Alaoui Foundation), he has created the Program on Arab Reform and Democracy at Stanford University, the Climate Change and Democracy Project at UC-Santa Barbara, the Machrek Chair at the Collège de France in Paris, and the Governance and Local Development Program at Yale University.

Hicham Alaoui has been a Visiting Researcher at the Center on Democracy, Development, and the Rule of Law at Stanford University, and is a member of the Advisory Board of Stanford’s Freeman Spogli Institute for International Studies and Human Rights Watch for the Middle East and North Africa region.

Hicham Alaoui has also pursued independent initiatives around global humanitarian and social issues. In 1995, he assisted Ambassador Juan Somavia in organizing the World Summit for Social Development in Copenhagen. In 2000, he served as Principal Officer for Community Affairs with the United Nations Mission in Kosovo. He has worked with the Carter Center on a number of initiatives, including serving as an international observer with the Carter Center delegations during elections in Palestine in 1996 and 2006, and in Nigeria in 2000. Through his foundation, in 2012 Hicham Alaoui also produced the award-winning documentary on democratization and dictatorship “A Whisper to a Roar,” in collaboration with director Ben Moses.

Hicham Alaoui regularly publishes articles on contemporary political and social issues for periodicals in Morocco, France and the Arab world, including Politique Internationale, Le Monde, Le Monde Diplomatique, El Pais, Journal of Democracy, and Al-Hayat. He also lectures regularly at universities and think tanks around the world. All his articles, commentaries, and papers are available on the “Hicham Alaoui Selected Writings” section of the foundation’s official website. He is currently Research Fellow at the Wheatherhead Center for International Affairs at Harvard University.

Hicham Alaoui is also an entrepreneur in the domain of renewable energy. His company, Al Tayyar Energy, has developed projects that produce clean energy at competitive prices, and implemented several of these projects in Asia, Europe and North America.