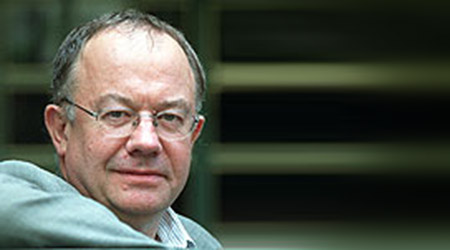 Olivier Roy (1949) is currently Professor at the European University Institute (Florence): he heads the Mediterranean programme at the Robert Schuman Centre for Advanced Studies.

He has been a Senior Researcher at the French National Center for Scientific Research (since 1985), Professor at the Ecole des Hautes Etudes en Sciences Sociales (since 2003), and visiting professor at Berkeley University (2008/2009).

He headed the OSCE’s Mission for Tajikistan (1993-94) and was a Consultant for the UN Office of the Coordinator for Afghanistan (1988).

His fields of works include Afghanistan, Political Islam, Middle East, Islam in the West and comparative religions. Mr. Roy received an “Agrégation de Philosophie” and a Ph.D. in Political Science (Sciences-Po, Paris).

He is the author of The failure of Political Islam (1994), Globalized Islam (2004), and Holy Ignorance (2010). He is presently working on “Islamic norms in the public sphere”, conversions and comparative religions.