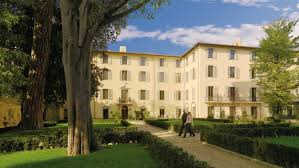 The legacy of Edward Said’s Orientalism still looms large over contemporary debates about the Middle East and Islam.  Post-colonial scholarship in this tradition considers that current events can be explained as the political consequences of Western imperialism. It also holds that the conceptual filter by which we see modern crises remains enchained to a colonial imagination marked by the binary between the dominant and dominated.  This dominant-dominated construction operates on the essentialization of Islam – that an unchanging Islamic “essence” can explain all social and political outcomes – as well as racialization that separates the Western, native Self from an Eastern, exotic Other.

Yet even as a mode of critique, post-colonialism may perpetuate these structures of colonial subordination. This instability manifests in political and ideological revolts that turn problematic categories, such as race, nativism, culture, and Islam, as instruments of protest.  Post-colonialism has also remained hostile to “universalist” concepts such as democracy, secularism, and rule of law, which many post-colonial thinkers construed as forms of false consciousness.  Universality instead is recrafted in terms of the intersectionality of specific struggles, such as feminism and anti-racial identity.  The aim of this seminar is therefore to evaluate the impact and relevance of the post-colonial canon to the Middle East today.  Among the issues invoked are:

-The question of cultural or religious exceptionalism, which would exempt Muslim societies from universalist concepts such as democracy and human rights, and instead defend the “traditional” against outside transnational notions, such as LGBT discourse.

-The Sykes-Picot paradigm: whether the negative consequences of colonialism, including the demarcation of borders and state formation, remains central to the geopolitical equation of the Middle East.

-How social and political actors in the Middle East today mobilize, invoke, or even subvert post-colonialism, which may reveal the tension between Western intellectualism on the one hand and the practices of local voices on the other.