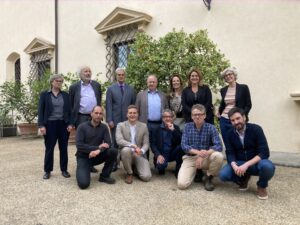 Populisms and the crisis of the Democratic Models

The Arab Spring crisis is part of a general crisis of democratic models and of a  rise of populisms in the world. The democratic model based on elections, political parties and the rule of law has lost its appeal because it appears
either as an illusion or as an instrument of other forms of dependency and control of society (hence the rise of conspiracy theories). Yet, populism as such does not work.

The populist discourse from above (Tunisia) finds its limits: none of the leaders be them authoritarian or coming from the Arab Spring cannot be credible when appealing to the people. On the other hand, the Islamists have not managed to take the lead of populist-type movements.

The distrust expressed from below also makes it difficult for demagogues to emerge (in this regard the people are showing great political maturity).

The brainstorming questioned the different forms that protest can take, as well as the the impact of recent changes in the geo-strategic context (Abraham Accords and Russian aggression in Ukraine).