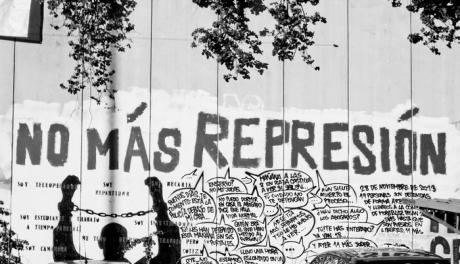 Prisons and radicalization in France

To make prisons less of a locus for radicalization, what is needed is more Muslim ministers, less overcrowding, more wardens and more respect for the legitimate claims of Muslims.

The two terrorist attacks that caused 17 deaths among the French people were the results of a radicalization that bears four main features. The people who perpetrated them were from the French poor suburbs, the so-called banlieues,where there is a concentration of populations mostly of North African origins, with a higher rate of joblessness and criminality, and a deeply antagonistic attitude of its male youth towards the rest of the society.

Many spend part of their youth in the prisons and those who become Jihadists are “born again” Muslims with no previous Islamic culture, having gone through a deep up rootedness in terms of their cultural identity before being attracted towards Radical Islam by a guru, through Internet or the influence of their buddies.

Last but not least, once radicalized, they need to make the initiatory trip to the Muslim countries where Jihad is paramount: Afghanistan and Pakistan (the case of Mohamed Merah who killed seven people in March 2012, three Muslim military and 4 Jews), Syria (Mehdi Nemmouch who killed on May 24, 2014 four people in the Jewish Museum of Brussels), Yemen (Cherif Kouachi who killed 12 people in Charlie Hebdo attacks on January 7, 2015 with his brother), Iraq. The trip confirms the Jihadist in his identity and his rupture with the European society where he has been raised and educated. Sometimes the meeting of a charismatic person like Jamel Beghal serves the same function, as in the case of Coulibaly who killed a female policeman and four Jews on 8 and 9 January 2015.

For the disaffected youth of the poor suburbs, their stay in prison serves them first as a rite of passage to adulthood. Some are proud to be jailed and once out, they claim legitimacy due to their stay in prison. They build up ties with more seasoned criminals of the same origin and in the large prisons close to the cities; they find people from the surrounding banlieues.

Muslims in France are around 8% of the population but in prison, their number is somewhere around half of the inmates. In the large short-term prisons (maisons d’arrêt), their rate is even higher and in my interviews many “White people” (Frenchmen of European origin) claimed that they did not feel at home in those jails, mostly populated by the “Arabs” (Frenchmen of North African roots).

Short term prisons are in a dire situation: overpopulated and understaffed, in most cells of some 9 square meters there are two and sometimes three prisoners, one prison guard supervising some 100 inmates (in the long term prisons, ‘Maisons centrales’, one guard is in charge of around 30 inmates). Surveillance is at best sketchy if the prisoner does not show external signs of Fundamentalism like the long beard, a proselytizing attitude, an aggressive behavior towards the guards, and disrespect towards the official Muslim minister.

Radicalized inmates have learned to avoid those pitfalls: they do not even go to the collective Friday prayers where they exist, they do not make any ostentatious attempt at proselytizing and usually tone down their antagonism towards the guards in order not to attract their attention.

Prisons in France and in many parts of Europe have become in part a substitute for mental hospitals. Since closing the latter in the 1970s, many of those who should find their place there are locked up in prisons: up to a third of the prison inmates have psychological problems, around 10% having serious mental illnesses. Some of them fall prey to radicalization by those who seek accomplices who can be manipulated, once outside prison. Psychopaths can assume an active role in radicalization as well, and in some cases in my field research I witnessed how they pushed towards radicalization those fragile inmates who were under their spell.

Many of the Jihadists in France have had family and mental problems. Merah was declared psychologically fragile by the prison psychologist, violence among the members of his family being chronic. The Kouachi brothers were raised in a social care institution as well as Mehdi Nemmouche who spent some time there before joining his grandmother.

Prisons are not fearsome to them. There, their hatred of society becomes entrenched in their soul.

Guards constantly complain about their aggression, their lack of elementary social manners and a habit of being in a constant tug of war. Prison is where they discover their irrevocable fate as recidivists, devoid of the fears of other prisoners. Hate (la haine) becomes the keyword describing their attitude towards society. They feel victimized and believe that all the normal doors for social promotion are closed to them. They take upon themselves their destiny as indefinitely relapsing into crimes and living part of their life locked up behind bars, once out starting anew their deviant activities.

Radical Islamization is mostly the transfer of their hatred into the spiritual realm of the sacred sphere they call Islam. Usually, they lack the elementary notions of Islam, do not know how to perform daily prayers, their preference going towards those aspects of Allah’s religion that are related to the holy war.  It is usually after radicalization in prison that they endeavor to amend their flimsy knowledge of Islam, spending long periods reading the standard biography of the Prophet translated into French and the Koran in French. Very few push their motivation up to the level of learning the Arabic language, with the help of some other inmates.

Converts are in particular overzealous in this matter, showing off their faith to the others and surpassing the “Arabs” in the knowledge of the holy verses they learn by heart and quote in order to awe people and push them towards Jihad. Prison becomes a place where novice jihadists compete with each other and joust to prove their knowledge of the Word of God, quoting in Arabic verses and giving their view on Jihad in a magisterial manner. Since there is a dire scarcity of Muslim ministers (some 160 whereas at least three times more is needed), these self-proclaimed “ulama” become reference points for other prisoners who ask for religious guidance in a setting where despair pushes them towards religion.

Islam is the more attractive as the religion of the oppressed: it has an anti-imperialist side (anti-American, anti-western), a capacity to say what is forbidden and allowed (haram versus halal), whereas Christianity has lost the aptitude to give them details of what they should eat, how to wash themselves, how to organize their sexual life and how to relate to the others.

These young generations are looking for moral principles that vindicate their opposition to society and Jihadist Islam fulfills that role perfectly. It is more than sheer heroism, it is a way of life that brings meaning to their split identity and provides them with a sacred goal, flattering their narcissism at the same time by giving them concrete ideals to imitate that will make them celebrities: Merah had become an icon in prison during my research in 2011-2013. The Kouachi brothers are going to replace them in the same manner as Merah replaced Khaled Kelkal in the memory of the up and coming generations–Kelkal who killed 8 people in the Parisian metro at Saint Michel in 1995, having become had an idol for them as I witnessed in my empirical research in 2000-2003.

Jihadism exchanges a feeling of being despised for that of being feared, giving a last chance before death to take revenge against those who show them contempt. From the inferior predicament of the condemned, the young man becomes the omnipotent judge who condemns to death the others and finds solace in that destructive feeling.

To make prisons less of a locus for radicalization one needs more Muslim ministers, less overcrowding, more wardens and more respect for the legitimate claims of the Muslims (in many prisons there is no collective Friday prayers for lack of Muslim ministers). But beyond that, job opportunities are needed in order to give a sense of concrete citizenship to this generation that feels in the way, useless and reviled.