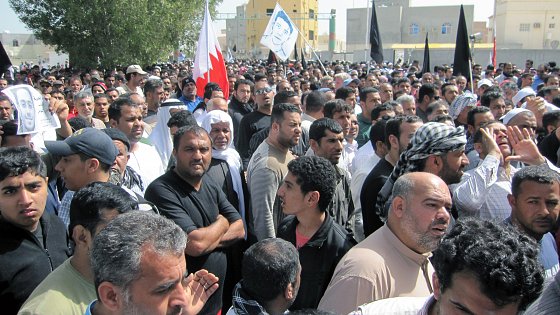 The Failures of the Arab Spring’s Counter Revolution

After the first waves of mass protest rocked the Arab world, the Arab counter-revolution began in the Gulf in the kingdom of Bahrain, with the suppression of its popular uprising in March 2011.  Then, it morphed in Syria.  If Bahrain was a case of the Sunni coalition resisting change, Syria became a case of the Shi‘a coalition doing the same.

In this way, the Arab counter-revolution and sectarian conflict became one and the same.  Sunni-Shi‘a rivalry was the pretext for the events of Bahrain, but now it defines the dynamic of the Yemeni, Syrian, and Iraqi civil conflicts.

Yet the Sunni Arab counter-revolutionaries have already lost.  They may raise havoc but they cannot turn the clock back.  The only thing keeping the counter-revolutionary project from completely crumbling is societies that remain hungry for change yet wary of excessive adventurism.  Syria may be a failed state for Syrians, but it is a state nonetheless still under the nominal control of the Assad regime.  There is now a contiguous geographic corridor running from Iran to the Mediterranean under control of Shi‘a-dominant regimes.  At the same time, the Yemeni intervention has turned into a humanitarian crisis.

It is also unlikely there will be any major rupture between the United States and Iran leading to direct military confrontation.  The current noise about ending the deal proves the point: unable to go to war, President Trump can only engage in diplomatic belligerency.  The Saudis have made the mistake of predicting the future based upon the rhetoric of President Trump, rather than the policy interests of the American government.  Those interests dictate that the US remain engaged in the Iranian nuclear deal.

Concurrently, the Sunni Arab coalition has undermined its own position in tethering itself to US power.  The Riyadh summit last year illustrated the extent to which they saw themselves under the American shadow.  Yet the US refusal to confront Iran has rendered the coalition impotent in the eyes of the Arab public.  Paying for American protection has brought little additional security, and has diminished these governments in the eyes of their citizens.

Regionally, the Sunni Arab coalition has abandoned its Sunni partners in Iraq, who have participated in the anti-ISIS campaign but remain beholden as vulnerable minorities in a Shi‘a-dominated state in the shadow of Iran.

This Sunni Arab coalition also has sprouted a fracture, however.  The intransigence of Saudi Arabia, Bahrain, and the United Arab Emirates against Qatar and its more forward-looking foreign policy has resulted in a major crisis in the Gulf.  Much as this bloc cracked down on the Muslim Brotherhood to achieve an authoritarian restoration, thus splintering the Sunni coalition from the bottom, its stubbornness on Qatar has shattered the coalition from the top.

Furthermore, a neglected aspect of these campaigns has been the belated discovery of nationalism within Saudi Arabia and the Emirates, with the advent of a younger leadership.  The ability to defend their perceived interests abroad with military force has galvanized public opinion around symbols of their nation.  In essence, they have discovered what other Arab states like Morocco and Algeria discovered quickly after their independence.  However, the reality that such military posturing will not bring long-term success has yet to settle in.

At home, Sunni Arab regimes has become even more repressive to civil society and democratic activists.  However, these counter-revolutionaries will continue pouring their resources into lost conflicts, believing they can win.  They have become inescapable spirals for which exit is not an option.

For instance, these Sunni regimes invited themselves to support the Egyptian coup against the Brotherhood, but the consequent military regime then dragged them into the civil war of Libya when Islamists there gained the upper hand.  Here, the Sunni Arab camp has been inextricably tied to a sinking quagmire.  Accusations of war crimes will haunt these regimes for some time to come.

As another example, the Gulf intervention into Yemen was intended to turn back the Iranian-backed Houthi movement.  However, it has bogged down into an unwinnable war.  With a clean victory no longer possible, to sustain this effort Gulf actors are now directly intervening within southern Yemen’s domestic politics, creating new political factions in order to fracture the landscape.  If and when this conflict ends, the sponsoring Sunni regimes will also be confronting accusations of war crimes

These spirals of self-reinforcing conflict will destroy traditional regional alignments when taken to their logical conclusion.  For instance, in the next war between Israel and Hezbollah, Saudi Arabia will be backing Israel implicitly if not explicitly.  Not only have the Gulf kingdoms declared Hezbollah a terrorist group, Saudi Foreign Minister Al-Jubeir declared at September’s UN meeting that the region could no longer be held captive by the “Israeli-Palestinian conflict.”  This implies that not even the Palestinian plight will not block any future Arab-Israeli rapprochement.  In essence, with the stroke of a pen, the 2005 Arab Peace Initiative sponsored by Saudi Arabia has vanished.

However, this strategy also leaves open the possibility of democratization through external shock.  As with Greece in the 1970s and Argentina in the 1980s, autocratic regimes that lose international legitimacy, often through foreign conflicts, become extremely vulnerable to popular pressures at home.

Indeed, there are momentous pressures for change building within the heart of the Sunni counter-revolutionary bloc.  In Saudi Arabia, generational change in leadership has produced a new brand of conservative elites who believe they can foreclose demands for political reform by liberalizing the economic arena and providing social quick-fixes, such as allowing women to drive or opening cinemas.

This is a crude approximation of the Chinese model, but it is not a solution.  It merely replaces one problem with another at a time of dwindling hydrocarbon revenues.  In the coming months, there will be painful financial austerity measures.  Moreover, it risks antagonizing conservative sectors of society without fully harnessing the support of social forces that can be gained from emancipation, and who can protect society and the state.

Further, traditional mechanisms of consensus, such as elite dialogue, have been eliminated – even within the royal family – leaving the Saudi regime dangerously rigid.  This is precisely how the Iranian Revolution erupted.  The Saudi monarchy still has the legitimacy, standing, and the tools necessary to change course and restore its rank and leadership in the region, but only if it begins a process of serious self-assessment.  This effort must commence with the monarchy no longer projecting its blockages externally, and turning its attention inwards before it is too late.