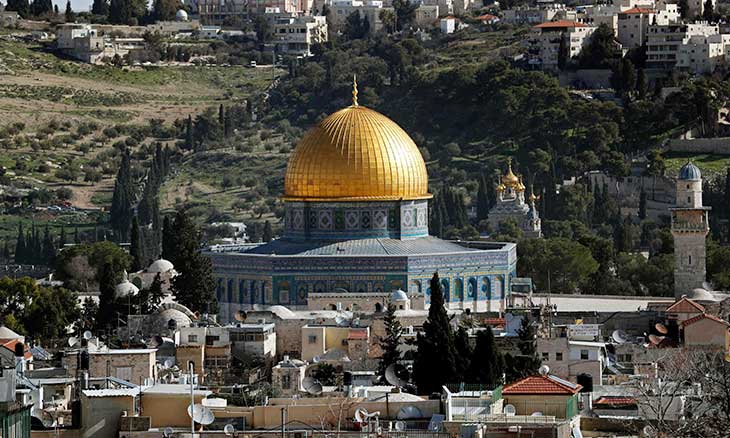 What Next for Palestine?

As the Trump administration, Saudi Arabia, and Israel deliberate over their ‘deal of the century,’ the Palestinian ordeal exceeds the limits of tragedy. The announcement of the deal will be anti-climactic, for Palestinians know the contours of their fate: they will have no free, sovereign, and viable state. The Israeli government would have us believe this dream has been defeated, for while the world accepts its victory as fait accompli, the traditional Arab-Israeli conflict is over.

The two-state solution under the Oslo framework is dead. The settler movement has passed the point of no return, with over 600,000 Israelis anchored in more than 130 settlements across the West Bank and occupied Jerusalem. The Palestinian Authority has long resigned itself to accept such territorial spoilage. Yet now, even Jerusalem has been lost. Numerous Israeli leaders have made clear the city must remain unified under sole Israeli control. The Palestinian Authority cannot accept this, but neither can it leave the situation given its dependence upon foreign aid and international trusteeship, which has engendered endemic corruption and rent-seeking. If there was ever a moment for the Palestinian Authority to dissolve itself in order to expose its asymmetry with Israel’s oppression, it was after the potentially redefining moment of Arafat’s death. Unlike the Algerian or Vietnamese liberation movements, it has insisted upon survival as an enfeebled entity, unable to either resist or exit. For these reasons, not even the “rump” Palestinian state envisaged by Israel for the past two decades is possible any more.

The regional coalition behind the ‘deal of the century,’ however, insists upon maintaining the fiction of the two-state solution. For Israel, it masks continuing colonialism. For Arab powers, it serves to bolster authoritarianism. The Arab Spring disconnected these societies from traditional regional schisms and ideological projects. The focal point of those uprisings instead concerned local injustices and domestic struggles. These autocratic regimes are now scrambling over the Palestinian carcass to share in the Israeli prize, hoping to gain Western indulgence in their repressive backsliding. Egypt cooperates with Israel on security and gas projects, while Saudi Arabia, which sponsored the last comprehensive Arab peace plan, now works with Israel to contain Iran. Thus, if there is any savior for the Palestinians, it will not be an Arab government. Under guise of enlightened despotism, Arab states thus hope that the Palestinian issue remains off the popular agenda.

This is not entirely tenable, however. First, there will inevitably be another Arab Spring, because these regimes continue to plant their own seeds of mass discontent. When unrest explodes again, popular movements will use the Palestinian issue to settle scores with their leaders. Second, the global Palestinian solidarity movement continues to mobilize and engage international public opinion. It has also garnered the support of South Africa, which sees in the fight for Palestinian justice the moral echoes of its own anti-Apartheid struggle. Finally, Palestinian themselves will never stop resisting. Since March 2018, the Palestinians of the Gaza Strip have waged the Great March of Return weekly. Israel’s lethal responses, which have killed an estimated 250 and injured more than 18,000, have only further enraged these Palestinians living under Israeli blockade.

The path forward will be rocky. If there is any diplomatic track for peaceful resolution, it can no longer involve the United States as the primary broker as it has been discredited. Moreover, while Israel has normalized relations with Arab powers, it is inconvenienced by an irreducible fact: the Palestinians, and their national movement, will not disappear. The vision of an independent Palestine, just like that of an independent Jewish state, rests upon too much historical bloodshed and emotional aspirations to simply vanish.

What remains is the most radical possibility—a democratic, secular one-state solution, which would uphold self-determination for both sides while offering peaceful coexistence. It is the last solution, but also the most difficult. It requires overcoming the inherent inertia that has sapped the energies of the international community for decades. It needs to move beyond the delusion that territorial swaps alone can undo the damage done by Israel’s frantic settlement policy. A binational state must also reconcile the founding myths of Israelis and Palestinians, which have long entailed the exclusion of the other. It would also be facilitated by a more pragmatic American foreign policy, which is not entirely wedded to Israeli prerogatives, and in turn more independent European initiatives which are bold and less dependent upon American approval.  Decades ago, this option was ridiculed as an impossible dream. Now, it is the last, best chance for peace.